I’m Preshit Deorukhkar, a technology columnist, a connoisseur of good visual design and a Digital Media Consultant from Mumbai, India. I am the Editor-in-Chief of Beautiful Pixels, where I write about and showcase exceptional examples of good design in any form or medium. I also work with Educational Institutes, handling their online presence and other web properties at iXyr Media.

Nuclear Bits is where I write about technology, Apple, photography, India, the Internet and other topics that interest me. You can keep up with the posts here by subscribing to the RSS Feed or following @nuclearbits on Twitter.

This site is powered by WordPress (with JetPack, of course!) and runs on a server by DreamHost. Traffic stats are tracked using GoSquared. 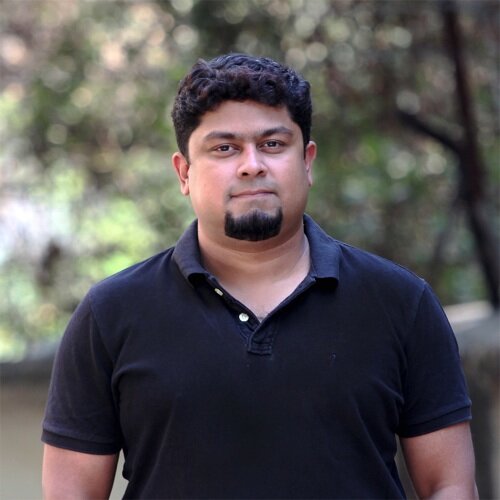 The question that I get asked most often is how do I pronounce my name. Maybe it’d help if I started spelling it as Préshit. The first part of my name is pronounced as ‘Pray‘ while the last one rhymes with ‘myth‘.

I’m 31, married and live in Mumbai, India. Growing up, I’ve been passionate about building stuff on the web. Back in 2006, I started a web-hosting company called Expertrio Web Services. In 2008, I co-founded Smoking Apples — a blog that covers in-depth reviews, analysis, views, opinions, tutorials, and how-tos about all things Apple. In 2009, I co-founded Beautiful Pixels — a blog that features a showcase of anything and everything that has beautiful pixels. Then in 2010, I put together a small but genius team of passionate individuals and started working on Homescreen.me — a website that lets you showcase your iOS device homescreens and the apps you’re using on them. In 2015, I launched The Platter — a site for app enthusiasts. Then in 2017, I launched App Icon Gallery and SharpShutter.co.

Apart from being the Editor on Smoking Apples and Beautiful Pixels, I have also been an Editor on sites like WATBlog, MobileIndustryReview, The Fifty Paise and IndiaGSM and briefly, the India Editor at The Next Web.

I have also enjoyed working as the Sr. Public Relations Executive at Sourcebits and as a Creative Producer for Videos at NDTV’s Gadgets 360.