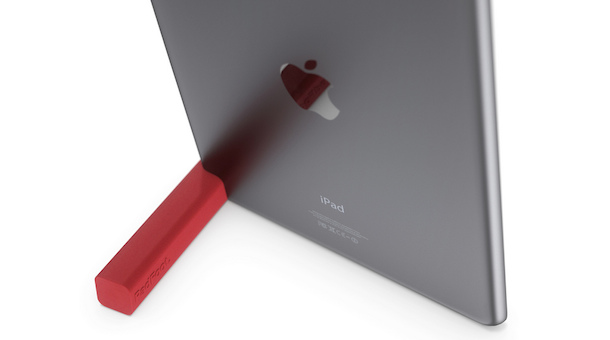 I have been using the PadFoot since 2010, when I first wrote about it on Smoking Apples. Since then, the PadFoot’s designer Michiel Cornelissen has been churning out new versions for each generation of the iPad that Apple has been building at Cupertino.

I recently bought an iPad mini for myself and Michiel was kind enough to send me a sample of his latest release of PadFoot, built for the iPad Air and iPad mini. Unlike the first one, this PadFoot is an elongated cube and is also comparatively smaller and lighter, weighing in at just 8 grams. It’s still built using 3D printing and made out of polyamide. It can prop up the iPad both in Portrait & Landscape mode and makes a great stand for watching movies.

You can order one for as low as $19.76 and pick from 9 different versions.