Apple Online Store is Coming to India on September 23

Folks, it has finally happened. It’s here! I can’t believe it.

After several years of speculations and rumours, Apple has finally confirmed that the Apple Online Store is finally launching in India on September 23, 2020. I had leaked the upcoming release just a few days ago.

This isn’t a simple online store launch, they’re going all in:

The Apple Store online is the most convenient destination to shop for Apple products, with online Apple Specialists available to help with anything from custom-configuring any Mac to setting up new devices. Customers can get advice, receive guidance, and learn about new products directly from Apple, both in English and Hindi.

With financing options and an available trade-in program, the Apple Store online offers a range of affordability options. Students can shop for a Mac or iPad with special pricing, and receive discounts on accessories and AppleCare+. In October, customers can expect free online Today at Apple sessions led by local Creative Pros, focused on photography and music. Just in time for the festive season, signature gift wrap and personalized engraving will be available for select products. Engraving of emoji or text in English, Bengali, Gujarati, Hindi, Kannada, Marathi, Tamil, and Telugu will be available for AirPods, and English engraving will be available for iPad and Apple Pencil.

Apple has been trying for years to get approval from the Indian Govt. to open a physical Apple store in India. Thankfully, the launch isn’t too far with the first Apple Store in the country opening in BKC in Mumbai.

Apple Announces Opening of a Development Office in Hyderabad

Apple has today announced the opening of a new development office in Hyderabad, one that will focus on development of Apple Maps for its product lineup. It’ll be located at the Waverock campus in Hyderabad, developed by Tishman Speyer and is poised to create up to 4000 jobs. Apple also announced a new iOS App Design and Development Accelerator in Bengaluru yesterday. 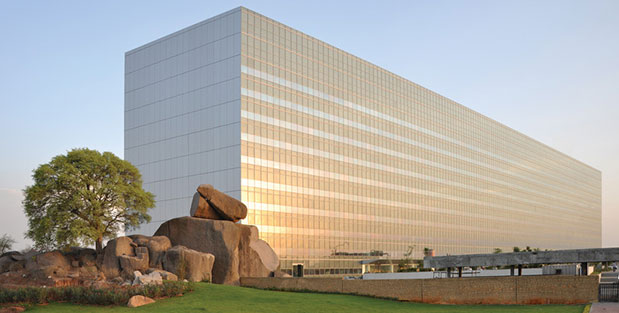 Released in September 2012, Apple Maps replaced Google Maps on iOS and over the last 4 years, even though Apple has continued to improve its mapping data, the product has been severely lacking for India and other countries. For example, Apple Maps was missing the Bandra-Worli sea-link, Mumbai’s iconic cable-stayed bridge for the first ~8 months.

This announcement is being made on day two of Tim Cook’s India visit, the first of which was spent in Mumbai. Commenting on this announcement, he said:

Apple is focused on making the best products and services in the world and we are thrilled to open this new office in Hyderabad which will focus on Maps development. The talent here in the local area is incredible and we are looking forward to expanding our relationships and introducing more universities and partners to our platforms as we scale our operations.

I’m hoping this announcement and the efforts of everyone at the new office will improve the terrible state of Apple Maps in India. Forget features like 3D buildings, Flyover or Transit directions, even basic mapping data like roads and streets are missing. I’ve been sending feedback and submitting corrections through the Maps app for years now, yet I have never seen any corrections made to the data.

Apple also included this in their release:

Across India, Apple supports over 640,000 iOS app developer jobs and other positions related to the iOS ecosystem.

Apart from meeting Modi, Cook will also hold meetings with employees and partners, the source said, adding he would fly to India on Tuesday.

Apple has been inching closer towards opening its own retail store in India and the timing of Cook’s visit around recent developments reaffirms that.

On the other hand, Foxconn — the Taiwanese electronics giant and Apple’s supplier was poised to make a $5 Billion investment and setup a manufacturing factory in Maharashtra under Modi’s Make in India program.

As noted in a filing with the U.S. Securities and Exchange Commission today, Tim Cook on Monday was awarded 560,000 restricted Apple stock units. Cook was given these stocks as time and performance awards. At Apple’s stock price at the end of day Tuesday of $103.12, those stocks are worth roughly $57.5 million.

Cook chose not to sell any vested restricted stock units, although 290,836 were withheld by Apple to keep in line with minimum statutory tax withholding requirements.