Twitter has extended its Communities feature to India with the launch of a Cricket-focused community called Cricket Twitter-India that will enable users to talk all things cricket in multiple Indian languages.

The launch comes as the T20 Cricket World Cup officially kicks off later this week.

Live cricket scorecards will be available on the Sports tab of Twitter’s discovery-focused Explore page. These scores will also continue to appear on event pages during a match, so that users “can follow the conversation and the scores in real time”, the company said.

Twitter said that more than 75 million conversations were just about cricket on the platform between July 1, 2020 and July 1, 2021.

The Communities feature on Twitter is quite confusing to me, largely because I think it’s being shoehorned into a platform not meant for such a thing. However, I do think that if Twitter opens up the feature to more cricket-loving Indians, they might see a much wider adoption and hopefuly tweak the feature so that it feels part of the overall Twitter experience.

[…] in the time since we introduced Fleets to everyone, we haven’t seen an increase in the number of new people joining the conversation with Fleets like we hoped. Because of this, on August 3, Fleets will no longer be available on Twitter.

It’s so good to see Twitter rolling back something that clearly wasn’t working. Twitter has released some really interesting new features in the last year, and I hope they continue to do so.

You should read the whole article linked above where Ilya details their learnings.

Expanding the team in India aligns with our overall belief that having more employees at Twitter, living and working in places that are representative of all perspectives and cultures, and sharing local context about these conversations will help us build a better service and company. By committing to hire and develop local engineering talent, we will play an important role in the company’s journey to become the world’s most diverse, inclusive, and accessible tech company. The engineering team in Bengaluru, which has expanded rapidly over the past two years, will continue to focus on building more daily utility for new and existing audiences, with capabilities ranging from product development, research and design as well as data science and machine learning.

Coming across stories like this on Twitter is one of the most wonderful things about the Internet as we know it today.

Every day I stare out the window @shopify at a cat in someone’s apartment. Weeks ago @_myles and I asked what its name was. Today they obliged and weve never been happier. pic.twitter.com/NKkMN9ViD4

Twitter Announces it will “Off-board” Advertising from RT and Sputnik

Twitter has made the policy decision to off-board advertising from all accounts owned by Russia Today (RT) and Sputnik, effective immediately. This decision was based on the retrospective work we’ve been doing around the 2016 U.S. election and the U.S. intelligence community’s conclusion that both RT and Sputnik attempted to interfere with the election on behalf of the Russian government.

Twitter has also decided to take the $1.9 million we are projected to have earned from RT global advertising since they became an advertiser in 2011, which includes the $274,100 in 2016 U.S.-based advertising that we highlighted in our September 28 blog post, and donate those funds to support external research into the use of Twitter in civic engagement and elections, including use of malicious automation and misinformation, with an initial focus on elections and automation.

My Journey Towards My First iPhone

It was exactly 10 years ago today, on June 29th, 2007, that the original iPhone went on sale. Although it was first introduced and demoed on stage by Steve Jobs back in January 2009, it didn’t actually go on sale till June that year. Today, irrespective of which mobile platform you primarily use, there’s no denying that the iPhone has completely revolutionized the mobile phone industry.

On its 10th anniversary, I decided to take a look back at some of my original tweets about the iPhone from 2007-2008.

I joined Twitter on 15th August, 2007, a couple of months after the iPhone went on sale in the US. Back then, I had just purchased a new Mac — the old white Mac mini, and was getting used to the joy and delight of using Max OS X Tiger. Coming from Windows, this was a fascinating new world for me, and I was hooked.

On the other hand, the iPhone didn’t catch my attention till the end of 2007. Sure, I had read about its launch and its featured, but back then, India as a country was nowhere on Apple’s radar and there was no chance that Apple would start selling the iPhone here (They didn’t).

My first tweet about the iPhone was congratulating someone on her purchase of an iPhone:

END_OF_DOCUMENT_TOKEN_TO_BE_REPLACED 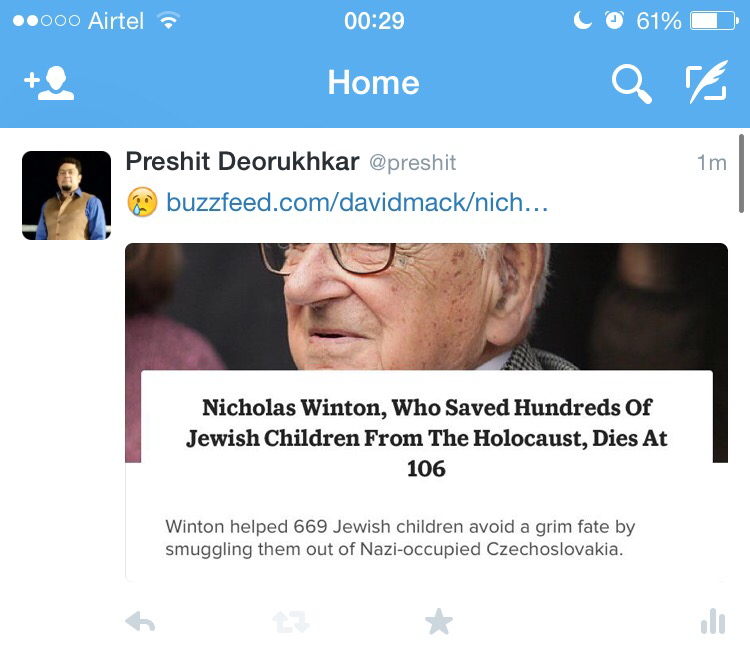 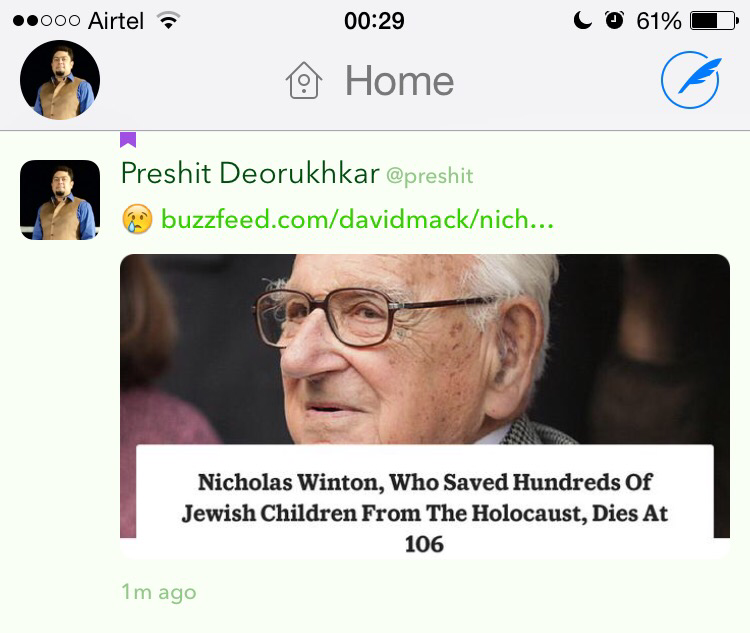