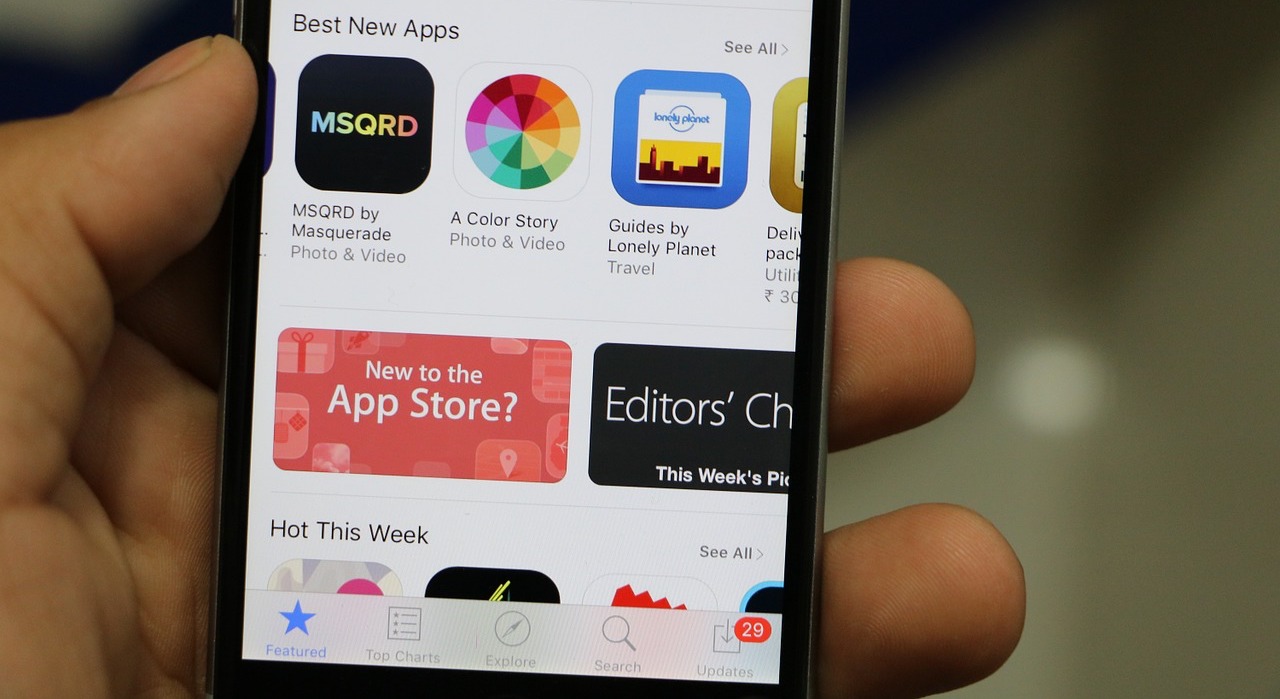 END_OF_DOCUMENT_TOKEN_TO_BE_REPLACED

The Release Notes of the Reuters TV iOS App

Reuters is one of the most widely known news agencies in the world. They offer an app called Reuters TV on the iOS App Store. Available for both the iPhone and iPad, the app offers a personalized TV news service wherein you can watch on-demand & insightful video programming for the topics you’re most interested in. It makes great use of rich media and graphics to offer an immersive experience and it is one of my favorite ‘news’ apps that I use to keep up with the news.

EAGAN, Minnesota (Reuters) – Battling the onset of a brutal allergy season and unusually high pollen counts, developers in America’s midwest contended with red eyes and runny noses to release another update to the Reuters TV app.

The new release surprised commentators, who had not been expecting a release so soon after iPad compatibility was added. In brief comments, a spokesperson for Reuters TV said the new app resolves a number of minor bugs and speed issues that had crept into the recent release and claimed it addresses “technical debt”.

A high ranking team member, who declined to be identified, described working through the night to deliver improvements for the new version. He claimed the new app will run “a heck of a lot faster” and “a whole lot smoother”.

Analyst Chance Johnellor said he was “confident” the updated app will perform reliably, pointing to research his team had done to suggest the update delivered improved performance and battery life.

Spokespeople for Reuters TV declined to comment further on the release, noting that they appreciated all user feedback and that further updates are planned soon. The team can be reached at [email protected]

This isn’t a one-off case though, they’ve been doing this since the very first version.

The Reuters TV app is available Free on the App Store and you can read and watch the content for 30 days. After that, a subscription is just $1.99 a month.

In case you haven’t already heard about Thunderspace, it is a fabulous little iOS app that replicates thunderstorms using 3D, stereoscopic virtual sounds that you listen to via your headphones. It is a great way to just sit back and relax. Now would be a good time to try the app, as it is current available Free on the App Store. It comes bundled with two thunderstorms and you can purchase additional ones using IAPs.

Tell me those aren’t the best release notes you’ve seen for any app on the App Store.

A few apps are already displaying prices in Rupees as seen in the screenshots below. 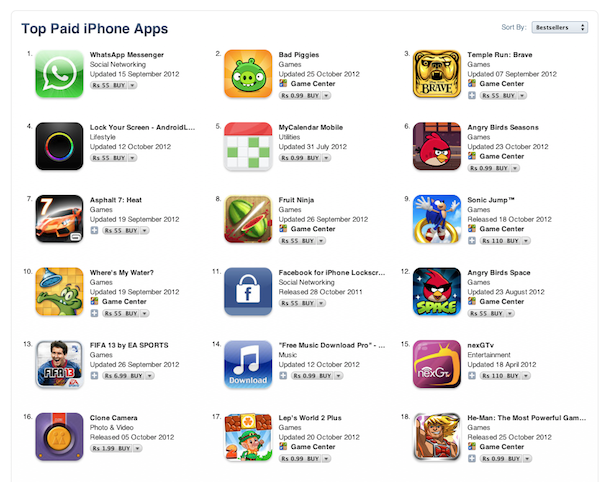 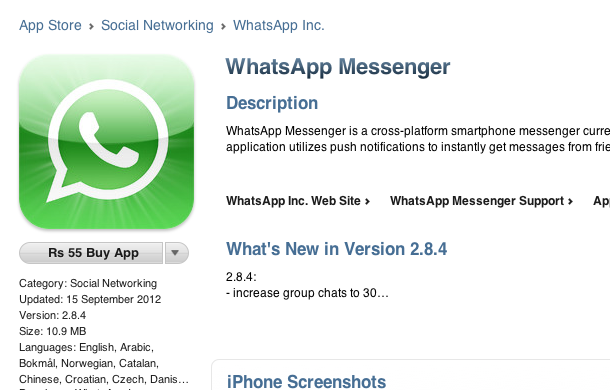 The change seems to be rolling out inconsistently though, as not all of the apps are showing the correct pricing. While all the apps are now using the “Rs” prefix, some are still displaying the value in USD as it is. So while $0.99 should be Rs. 55, the value is still being shown as Rs. 0.99.

If you share a link to an app published on the Indian App Store, the price now shows up in Rupees in the browser too. I’m going to go ahead and call this a new feature and not just a bug or test, possibly in preparation of the iPhone 5 launched in India early next month. It’s also interesting to note that Apple is using a flat conversion rate of Rs. 55 per US Dollar and decided to use the “Rs” prefix instead of the now official Rupee symbol.

Update: According to @RajaVijayaraman, Apple has added the following local currencies to the App Store today.

Drive is a fantastic app for iPhone that makes commonly used actions like calling or texting your favorites or playing music while driving easily accessible by giving you big bold buttons to tap on and gestures to control them. If you drive a car with your iPhone docked on the dashboard or windshield, you should definitely grab it. It’s just 99 cents on the App Store.