Tinder-owner Match Group has filed an antitrust case against Apple with the competition regulator in India, accusing it of “monopolistic conduct” that forces developers to pay high commissions for in-app purchases, a legal filing seen by Reuters shows.

Apple is fending off a raft of antitrust challenges around the globe and Match’s July filing adds to two other cases in India though Match is the first foreign company to mount such a challenge against the iPhone maker in the country.

Match notes in its filing that Indians prefer using a “state-backed online transfer system,” seemingly referring to the Unified Payments Interface (UPI) payment system promoted by the Indian Govt. that has swept the country in recent times.

The govt. has repeatedly shown how much it loves UPI, and if that’s any indication, Apple just might be in some trouble here.

Apple Adjusts App Store Pricing in India; Apps Get Pricier Due to Addition of 2% Equalisation Levy

Apple today informed its developers about upcoming tax and price changes to the App Store Pricing for apps and in-app purchases in a few different countries.

When taxes or foreign exchange rates change, we sometimes need to update prices on the App Store. In the next few days, prices of apps and in-app purchases (excluding auto-renewable subscriptions) on the App Store will increase in Brazil, Colombia, India, Indonesia, Russia, and South Africa. These increases also reflect the following tax changes:

The company has adjusted the pricing of apps on the iOS and Mac App Stores for India by adding a 2% Equalization Levy that was implemented from 1st April, 2020 . This is in addition to the 18% GST already implemented. The last major change to app pricing in India came in January 2018, where the prices of apps were reduced by ₹1.

After the addition of the 2% Equalization Levy, the App Store pricing for India has resulted in pricing of apps going up by at least ₹10.

While this pricing change for apps is not applicable to existing auto-renewing subscriptions, Apple does indicate that developers can increase the prices for new subscribers.

Remember, just because the prices have gone up and you’re paying more for apps, it does not mean that the app developer ends up getting more of your money. As Apple says in the announcement.

Once these changes go into effect, the Pricing and Availability section of My Apps will be updated, and your proceeds will be adjusted accordingly and calculated based on the tax-exclusive price.

With WWDC ’19 just around the corner, Apple has just published a new “Principles and Practices” page that attempts to make a case for how the company runs the App Store.

We created the App Store with two goals in mind: that it be a safe and trusted place for customers to discover and download apps, and a great business opportunity for all developers.

The page features and details positive things about the App Store and lists stats about how many apps Apple reviews every week, and how many apps are approved or rejected.

As part of our rigorous app review process, we use a combination of automated systems and hundreds of human experts. This team represents 81 languages across three time zones. We work hard to maintain the integrity of the App Store. In fact, since 2016, we have removed over 1.4 million apps from the App Store because they have not been updated or don’t work on our most current operating systems. This helps unclutter the search for new apps, and makes it easier for users to find quality apps.

Apple is also listing several apps that the company says competes with Apple’s own apps, although the company fails to mention how the company still has the upper-hand in most of those cases.

Let’s take the case of mails apps, for example. There’s no way Gmail, Spark, Outlook and Yahoo! Mail are on the same level playing field as the built-in & native Mail.app on iOS. You can’t set either of those apps are the default mail app on iOS instead of Apple’s Mail app, so all mailto: links still open Mail.app. Similarly, Apple’s own web-browser Safari and messaging app Messages have the upper-hand over other “competing” apps.

And then there’s this:

84% of apps are free, and developers pay nothing to Apple.

I get what Apple is trying to say here, but the “developers pay nothing to Apple” bit is highly misleading when you consider that one simply cannot publish an app on the App Store without paying $99/year to Apple for the Apple Developer Program membership. Even if one has to publish a free app for iOS, they need to shell out over ₹ 7000/year just to sign up for the membership.

After Spotify filed a complaint against Apple earlier this week, Apple has today released a statement trying to address Spotify’s claims.

According to the statement:

What Spotify is demanding is something very different. After using the App Store for years to dramatically grow their business, Spotify seeks to keep all the benefits of the App Store ecosystem — including the substantial revenue that they draw from the App Store’s customers — without making any contributions to that marketplace. At the same time, they distribute the music you love while making ever-smaller contributions to the artists, musicians and songwriters who create it — even going so far as to take these creators to court.

Spotify wouldn’t be the business they are today without the App Store ecosystem, but now they’re leveraging their scale to avoid contributing to maintaining that ecosystem for the next generation of app entrepreneurs. We think that’s wrong.

Great points, but the statement complete sidesteps why the company disallows apps to mention other available payment models. I think Apple is fair in asking for a 30% cut for payments made through the App Store, but Spotify (and other apps) should also be allowed to tell their users that they can purchase the same subscriptions, using other payment methods, sometimes cheaper, from the service’s own website. Apple itself says that many Spotify users are free users and Apple is fine not getting any revenue from them. For any revenue Spotify receives outside of the App Store payment system, Apple shouldn’t need to ask for a cut.

Spotify has announced that it has filed a complaint against Apple with the European Commission (EC), the regulatory body responsible for keeping competition fair and nondiscriminatory.

In recent years, Apple has introduced rules to the App Store that purposely limit choice and stifle innovation at the expense of the user experience—essentially acting as both a player and referee to deliberately disadvantage other app developers. After trying unsuccessfully to resolve the issues directly with Apple, we’re now requesting that the EC take action to ensure fair competition.

We aren’t seeking special treatment. We simply want the same treatment as numerous other apps on the App Store, like Uber or Deliveroo, who aren’t subject to the Apple tax and therefore don’t have the same restrictions.

The company has created a lovely website called Time to Play Fair that shows a timeline of all the ridiculous App Store policies that Apple has in place as well as the rejections that Spotify has faced over the years.

Hardly surprising when it comes to games — they’re a hot category to build for these days. But the 57% jump in the entertainment category is interesting to see. 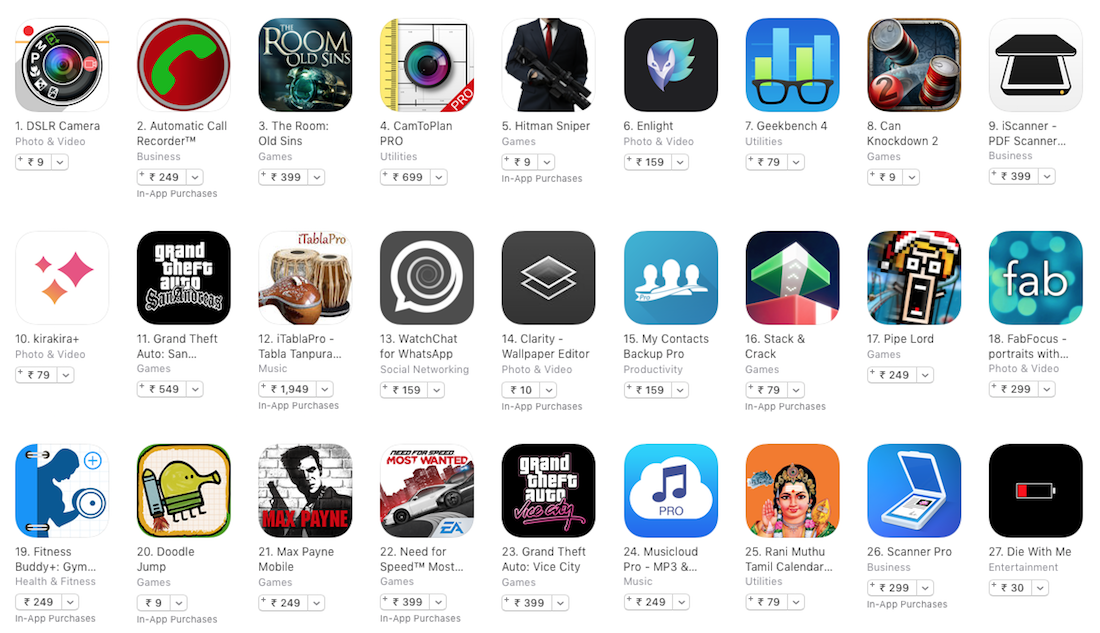 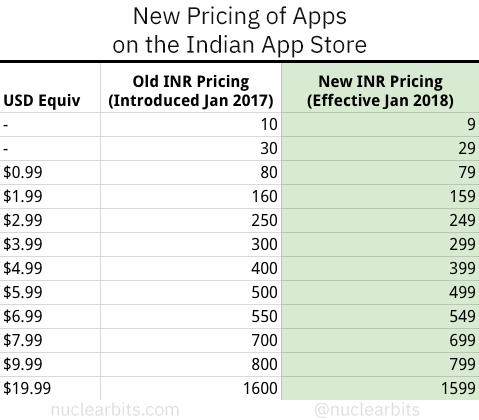 Apple has announced that its App Store had a fantastic run in 2017, especially during the holiday season leading up to the new year.

App Store customers around the world made apps and games a bigger part of their holiday season in 2017 than ever before, culminating in $300 million in purchases made on New Year’s Day 2018. During the week starting on Christmas Eve, a record number of customers made purchases or downloaded apps from the App Store, spending over $890 million in that seven-day period.

Apple says that it paid out $26.5 Billion to iOS developers, an increase of over 30 percent compared to 2016. Since its launch in 2008, the App Store has made $86 Billion for iOS developers around the world.

The new App Store introduced in iOS 11 got a lot of things right, and Apple knocked it out of the park with their approach. I’m loving the curation on the US App Store — I just wish I had landed that App Store Editor job I had applied for at Apple India.