Facebook has announced that it has now begun rolling out End-to-End Encrypted Backups on iOS and Android devices.

Starting today, we are making available an extra, optional layer of security to protect backups stored on Google Drive or iCloud with end-to-end encryption. No other global messaging service at this scale provides this level of security for their users’ messages, media, voice messages, video calls and chat backups.

You can either set your own password, or let WhatsApp automatically generate a 64-digit encryption key on your device. 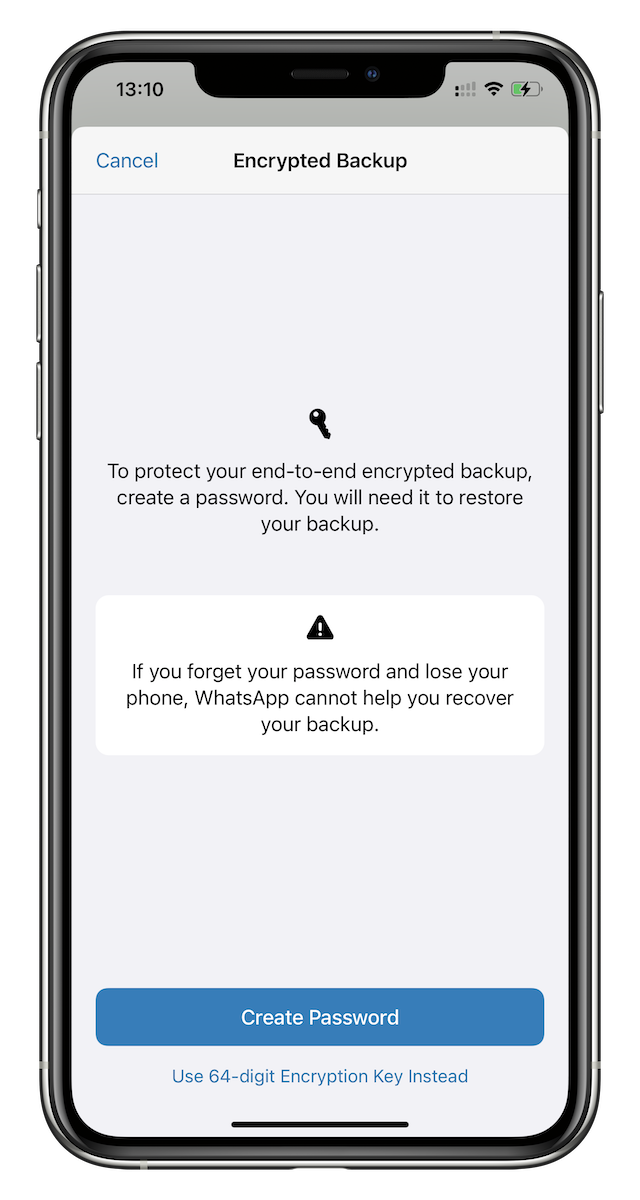 Facebook was under a lot of pressure in recent times to introduce this feature, so I’m glad to see it finally arrive now. Considering it has more than 2 billion users, this will be a slow rollout, starting with those who are running the latest version of WhatsApp on iPhones and Android devices. If you see this option, make sure to flip the switch right away.